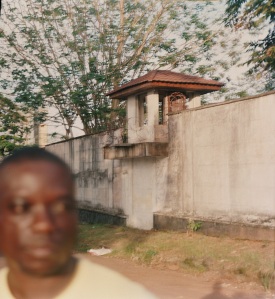 Ebola as it is depicted in the American media; paraded in front of senate hearings and running rampant in minds of the American people does not exist. The killer virus that spreads like wild fire with these horrible deaths, an unstoppable plague that kill’s 90 percent of it’s victims is only dangerous to Dustin Hoffman and those whom he closely works with in a fictional setting.

So is your dog.

This is the Hollywood strain of Ebola.

As we have seen with the vast majority of people airlifted to the western countries, they survive and no one else gets it.

The Real Ebola that is in Africa, its not that dramatic its much more sinister. Only immediate family and healthcare workers are at high risk. The Ebola plays on human compassion, hurting your loved ones and making your every interaction with them deadly. When they die the viral load spikes and no matter your religion, you must burn them for fear of the corpse entering the water table. Imagine it’s your brother or your mother but there is no hospital to take them to or you are out in the bush with no way to travel with them safely. Ebola goes against every natural human instinct to care and mourn. The psychosocial impact of the virus is being underestimated and largely ignored in the media.

Caution is good, I have lived with Ebola across the street from my house. Believe me; Ebola is real and should be taken seriously but taken too far it become a weapon fear to alienate people from the humanity of the situation.

The cure to the Hollywood strain is awareness of both the virus and the reality of living with it. On the American side that means combating the fear with reality and  isolationism with compassion; not be pushing these countries further away from global village. On the Liberian side there is a need jobs, education, economic stability and accountability from those that are charged with running the government to change the scarcity mindset of the people.

Ebola is merely exploiting the dangerously fragile situation that your average Liberian has suffered since the war ended. The bright side is the virus could the rallying cry to over haul the country’s infrastructure and create sustainable systemic change. The virus has made people come together in new ways, forcing people to trust each other.

Ubuntu — I am me because of you